Since the holidays are upon us and I’m getting requests for Christmas songs, I thought I would post a solo guitar arrangement of The First Noel. This is an intermediate level piece as it combines melody and chords, moves into higher positions on the neck, and uses some familiar chord shapes in different locations on the neck. It’s in the key of D and begins with pickup notes on the third beat before the first complete measure of the song. Check out the video example below. 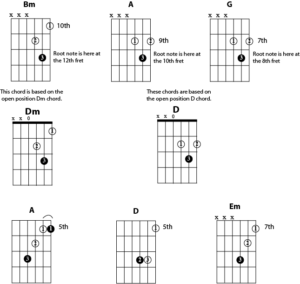 You can play this finger style or with a pick, whichever works best for you. Just remember, the highest notes in the chords are your melody notes so only play what is indicated in the transcription. I have included notation as well as tablature. So, grab an egg nog, your guitar, and take it measure by measure until you can play the whole song from start to finish. Have fun with it, and let me know how you do.